The Safety of Transabdominal Bilateral Tubal Ligation During Abdominoplasty 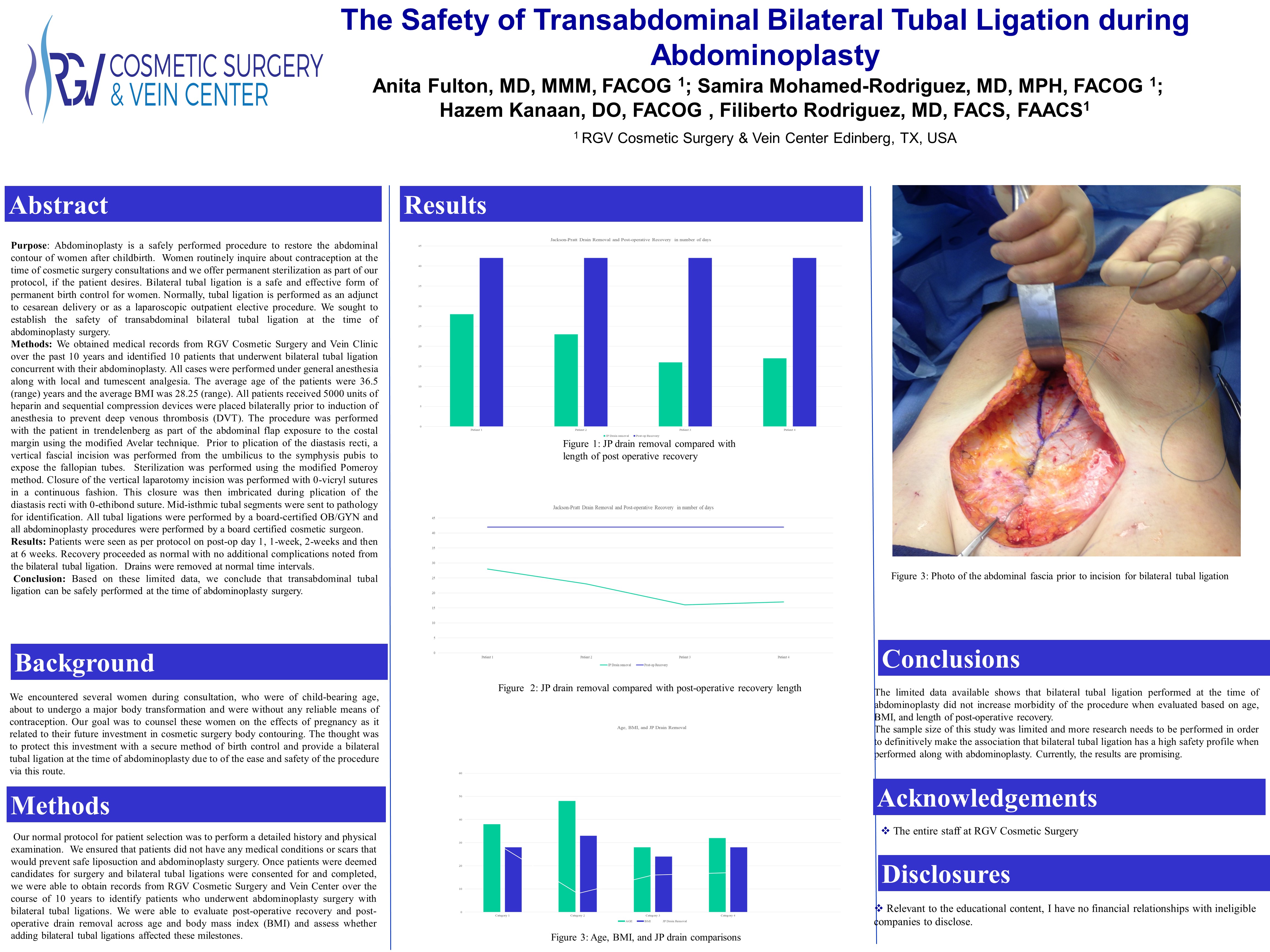 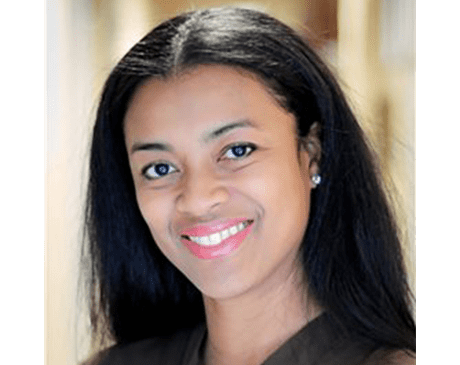 Anita Fulton, MD, MMM, FACOG obtained her medical degree from UCLA School of Medicine. As a solo practitioner, she had a keen interest in business and received a Master of Medical Management from Marshall Business School from USC in 2013. She completed her residency training in Obstetrics and Gynecology from Charles R. Drew University of Medicine and Science and has been board certified in OB/GYN since 2005. During her tenure as a resident, she received the award for excellence in laparoscopic surgery. She has been in solo private practice in Houston, Texas since 2008 and has always had an interest in improving the lives of women by promoting health and beauty. Additional training via the cosmetic surgery fellowship was a logical transition and addition to her practice.

Introduction: Abdominoplasty is a safely performed procedure to restore the abdominal contour of women after childbirth. We routinely inquire about contraception at the time of cosmetic surgery consultations and offer permanent sterilization as part of our protocol if the patient desires. Bilateral tubal ligation is a safe and effective form of permanent birth control for women. Normally, tubal ligation is performed as an adjunct to cesarean delivery or as a laparoscopic outpatient, elective procedure. We sought to establish the safety of transabdominal bilateral tubal ligation at the time of abdominoplasty surgery.

Methods: We obtained medical records from RGV Cosmetic Surgery and Vein Clinic over the past 10 years and identified 10 patients that underwent bilateral tubal ligation concurrent with their abdominoplasty. All cases were performed under general anesthesia along with local and tumescent analgesia. The average age of the patients were 36.5 (range) years, and the average BMI was 28.25 (range). All patients received 5000 units of heparin and sequential compression devices were placed bilaterally prior to induction of anesthesia to prevent deep venous thrombosis (DVT). The procedure was performed with the patient in trendelenberg as part of the abdominal flap exposure to the costal margin using the modified Avelar technique. Prior to plication of the diastasis recti, a vertical fascial incision was performed from the umbilicus to the symphysis pubis to expose the fallopian tubes. Sterilization was performed using the modified Pomeroy method. Closure of the vertical laparotomy incision was performed with 0-vicryl sutures in a continuous fashion. This closure was then imbricated during plication of the diastasis recti with 0-ethibond suture. Mid-isthmic tubal segments were sent to pathology for identification. All tubal ligations were performed by a board-certified OB/GYN and all abdominoplasty procedures were performed by a board certified cosmetic surgeon.

Results: Patients were seen as per protocol on post-op day 1, 1-week, 2-weeks and then at 6 weeks. Recovery proceeded as normal with no additional complications noted from the bilateral tubal ligation. Drains were removed at normal time intervals.

Conclusion: Based on these limited data, we conclude that transabdominal tubal ligation can be safely performed at the time of abdominoplasty surgery.

Bilateral Tubal Ligation during abdominoplasty can be safely performed without any additional morbidity or complications.