Effect of AdviCell K on the Output of Prostaglandin E2, Type I and IV Collagen by the Human Dermal Fibroblasts 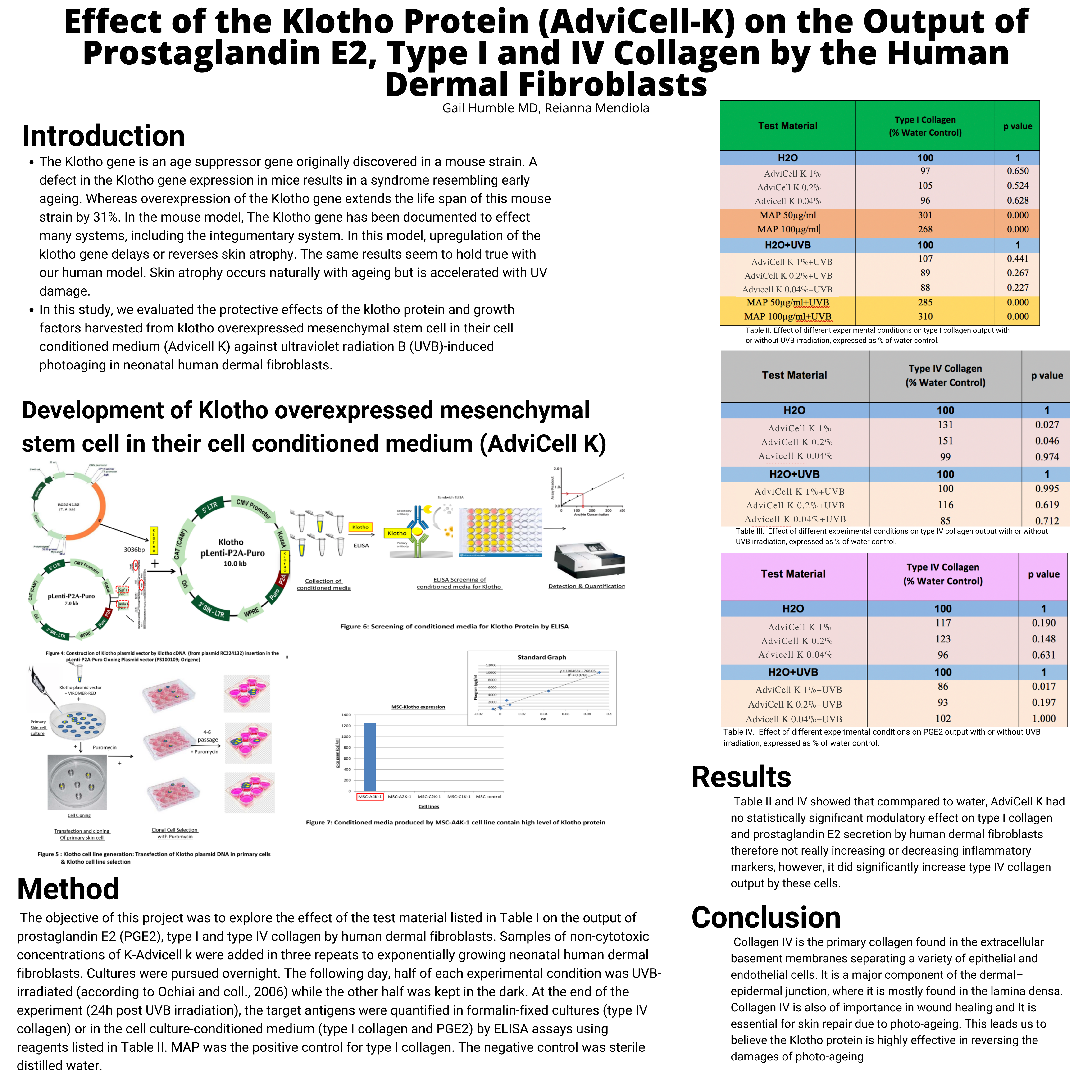 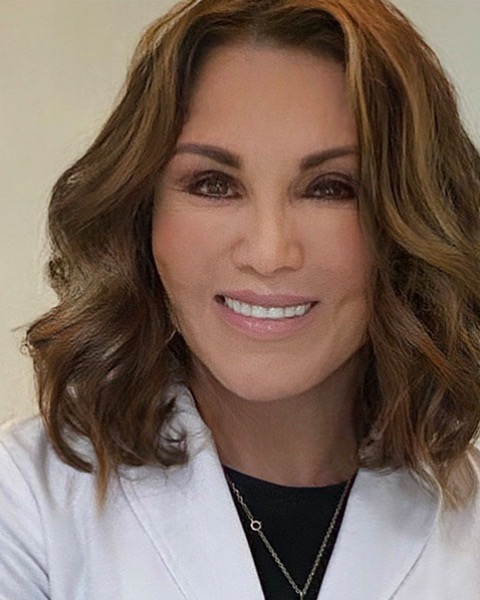 Dr. Humble is a medical doctor specifically in aesthetic anti-ageing based in San Francisco and Los Angeles locations. Her undergraduate studies were in genetics and regenerative medicine has been her passion. She lectures nationally and internationally on anti-ageing and aesthetic medicine. She is a frequent lecturer at the World Congress of Anti-Ageing Medicine and is a published author of research-based, medical and non-medical articles. Her published medical research articles can be found within medical journals including Dermatologic Surgery and the Journal of Facial and Plastic Surgery. With a core belief that our external beauty should reflect the beauty we feel inside, Dr. Humble founded Klotho Skin with the intention to achieve a truly effective method to maintain youthful skin.

Introduction: The Klotho gene is an age suppressor gene originally discovered in a mouse strain. A defect in the Klotho gene expression in mice results in a syndrome resembling early ageing. Whereas overexpression of the Klotho gene extends the life span of this mouse strain by 31%. In the mouse model, The Klotho gene has been documented to affect many systems, including the integumentary system. In this model, upregulation of the Klotho gene delays or reverses skin atrophy. The same results seem to hold true with our human model. Skin atrophy occurs naturally with ageing but is accelerated with UV damage. In this study, we evaluated the protective effects of the Klotho protein and growth factors harvested from Klotho overexpressed mesenchymal stem cell in their cell conditioned medium (Advicell K) against ultraviolet radiation B (UVB)-induced photoaging in neonatal human dermal fibroblasts.

Method: The objective of this project was to explore the effect of the test material listed in Table I on the output of prostaglandin E2 (PGE2), type I and type IV collagen by human dermal fibroblasts. Samples of non-cytotoxic concentrations of Advicell K were added in three repeats to exponentially growing neonatal human dermal fibroblasts. Cultures were pursued overnight. The following day, half of each experimental condition was UVB-irradiated (according to Ochiai and coll., 2006) while the other half was kept in the dark. At the end of the experiment (24h post UVB irradiation), the target antigens were quantified in formalin-fixed cultures (type IV collagen) or in the cell culture-conditioned medium (type I collagen and PGE2) by ELISA assays using reagents listed in Table II. MAP was the positive control for type I collagen. The negative control was sterile distilled water.

Conclusion: Collagen IV is the primary collagen found in the extracellular basement membranes separating a variety of epithelial and endothelial cells. It is a major component of the dermal–epidermal junction, where it is mostly found in the lamina densa. Collagen IV is also of importance in wound healing and it is essential for skin repair due to photo-ageing. This leads us to believe the Klotho protein is highly effective in reversing the damages of photo-ageing.

The Klotho protein along with second generation growth factors could be highly effective in increasing collagen production after UV-damage.